This is very basic mass calculator that's based around volume and density. The calculator accepts these values in different units and calculates the results accordingly.


Typically, mass is defined as amount of the matter contained inside an object. Usually it is measured in the form of inertial mass and involves the resistance of the object to acceleration provided a certain net force. The science, however, defines matter a bit loosely and it's not possible to measure it precisely. Classical Physics refers to matter as something with volume and mass.

An object's mass is usually correlated with the size it carries, but larger volume objects don't have greater mass always. Take the example of inflated balloon; its mass would be comparatively less than that of the golf ball made using silver. There are several units for describing mass and they are used all over the world, but standard unit according to SI is kilogram.


Weight and mass are usually used interchangeably, but despite the fact that mass is expressed with the weight measurement for an object at spring scale, the two aren't equal. Any object's mass would remain constant no matter what its position may be. On the contrary, weight of the objects changes according to gravity because it is measured by the resistance of the object to its freefall state. For instance, gravity on moon is around 1/6th of what we have on earth, and that's because of the smaller mass it carries. What this translates into is the fact that someone weighing 70 kg here on earth would have almost 1/6th of their actual weight here while they're on moon. The mass will, however, remain 70 kg even on moon as well. It stays true to the following equation:

In this equation, F refers to the force, G represents gravitational constant, m1 & m2 are masses of moon and object it's acting upon, while r represents radius of the moon. If gravitational field remains constant, weight of the object would remain proportional to the mass. Also, both of them can be expressed in same units. 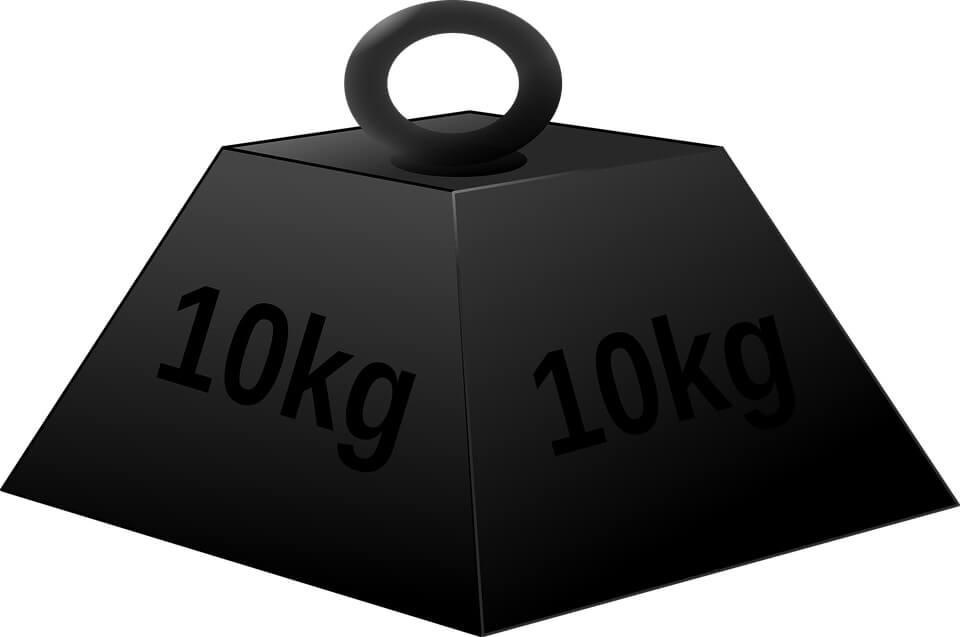 How This Mass Calculator Works?