Log, or logarithm, is actually the inverse for exponentiation operation in mathematics. It means that log for any given number is a number that some fixed base should be raised to for yielding that number. In conventional terms, base 10 is used in log, however, base can be technically anything. In case of base e, we usually write ln instead of loge. On the contrary, log2 refers to binary logarithm that has another base which is usually used with the logarithms. For example if,
x = by;
then
y = logbx;
where b refers to the base
All the bases that we have mentioned are used in various applications and any log calculator out there will account for all of them. The base 10 is usually used in the fields of engineering and science, base e works for physics and mathematics while the base 2 has its implementations in the field of computer science. 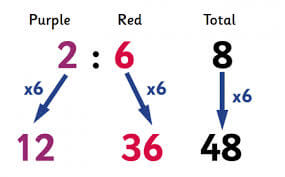 
If a logarithm's argument is product of 2 numbers, you can re-write the logarithm as addition of log of each of those two numbers.
logb(x * y) = logbx + logby

If a logarithm’s argument is in the form of fraction, you can re-write the logarithm as subtraction of log of numerator minus log of denominator.
logb(x / y) = logbx - logby

If a logarithm’s argument has an exponent in it, you can pull out the exponent from logarithm and simply multiply it.
logbxy = y × logbx

In order to switch base and the argument, the following rule applies.
logb(c) = 1
logc(b)