LCM or Least Common Multiple of 2 numbers (or more) is a concept in mathematics that refers to smallest positive number that can be divided by both. There are different methods that can be used for calculating the LCM of given numbers. However, the simplest option you have is to avoid details and rely on our LCM calculator.

Nevertheless, here are the methods that are used for the calculation of LCM.


Brute Force method for the calculation of least common multiple is amongst most basic options that one can try to find the LCM of the given numbers. However, it can quickly become quite tedious.


Prime Factorization is arguably the one of the most systematic ways of finding LCM of given numbers. It simply works by breaking down the numbers into the product of their prime numbers. After that the LCM is determined by multiplying highest power of all the prime numbers. Keep in mind, however, that even though it's more efficient way of computing LCM than the method mentioned above but it is still limited only to the smaller numbers. 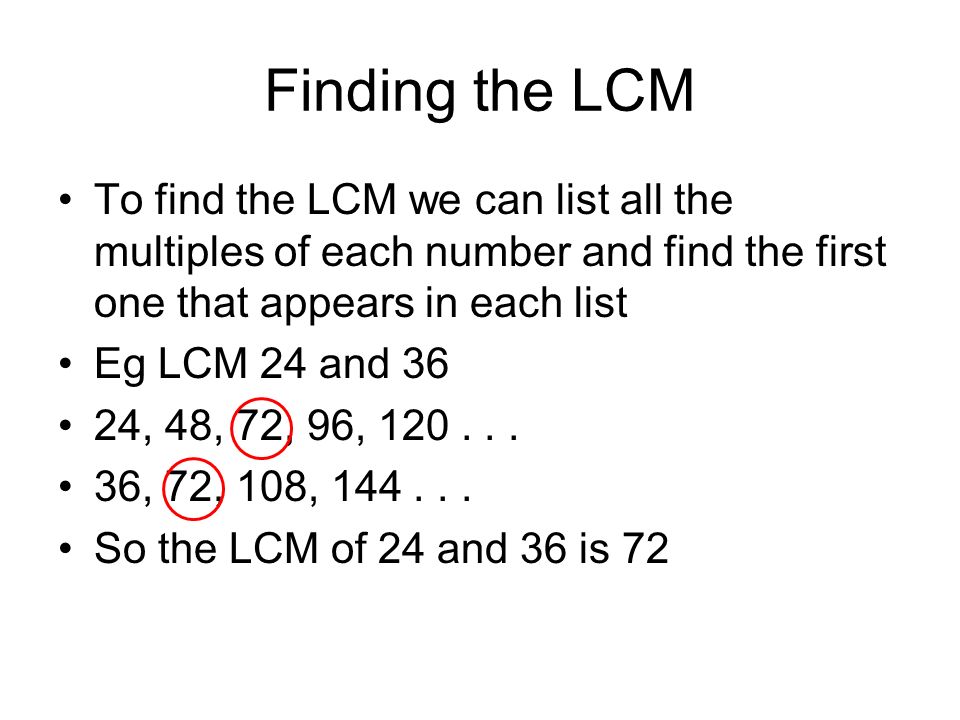 
This is another viable option for finding LCM of given numbers. Also known as Greatest Common Factor, it is used for finding LCM by dividing product of the numbers by the GCF. In case of more than two numbers, you first have to find LCM of first two numbers and then find LCM of the resultant with the third number. The final result will be the LCM of three numbers.

Also keep in mind that it's not important which numbers are used first in calculating the LCM and the only thing you have to ensure is to use all the numbers in the process.

Depending on when you are using these methods for finding LCM, they all have their own merits and it's up to the user as to which method they want to use.


Coming back to our LCM calculator, you don't really have to get into the trouble of what's going on at the back end. The calculator just requires you to enter the numbers whose LCM ha to be found all separated by commas and shows you the result as soon as you click on the calculate button.

As mentioned earlier, this LCM calculator also has its own restrictions and may not work accurately with very large numbers. But you can still use it confidently with the smaller numbers.