If you are looking for a date calculator to perform different functions on a date, here are two calculators that you can use. One of them compares two dates and gives you the difference between them while the other can be used for adding/subtracting days, weeks, months or years from any given date.

Number of years, months, weeks, and days between two dates

Add to or subtract from a date


Gregorian Calendar turns out to be most prevalent calendar used nowadays. The standard year in this calendar comprises of 365 days and it becomes 366 days for the leap year where there is one day extra in February. There are 30 days in April, June, September and November. And the rest of the months have a total of 31 days other than February which has 28 days in normal years and 29 days in the leap year.

Gregorian Calendar is actually reformed from Julian calendar, which itself was modified from old Roman calendar. That ancient Roman alternative was some sort of a lunar calendar that was based on cycles of phases of the moon. At that time Romans used to follow a calendar with 10 months and a total of 304 days, while there were around 50 days left behind in unorganized winter. Summer and the winter months were quite misplaced in that calendar and that lead to adoption of calendars that used to be more accurate.

People adopted Gregorian calendar slowly over time and it actually took centuries for it to be implemented everywhere. Also, despite several proposals of reforming this calendar it still prevails and is used most commonly around the world. 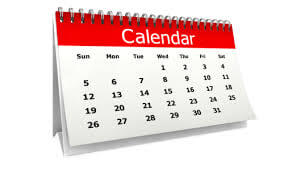 
As mentioned earlier, there are two calculators included in this date calculator. In the first calculator, you have to enter the starting date and the ending date and you are given the result that shows exactly how many days, weeks or months fall in between. The second calculator, however, allows you to add a certain number of days, weeks or months to a given date or subtract them from that. Both calculators have their own applications and can prove to be quite effective in working around with the dates.